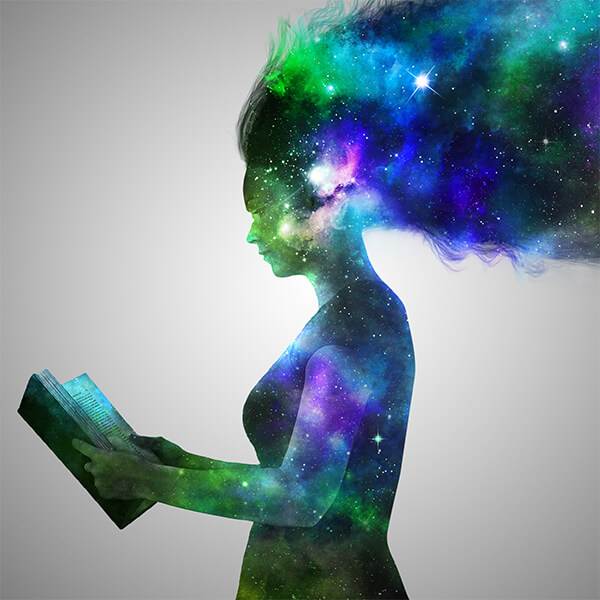 A Quintessential lifestyle is fundamentally built upon the integration of some best practices strategically targeted at The Brain; Thoughts; The Psyche and how these individualistic attributes interact with individual Consciousness. These key team players form a chamber which together hold the key, to individual achievement:- whatever that may be for an individual.

Through Meditation, stimuli captured through the different senses, can be organized simply by vibrating on the right frequency. Meditation and its varying styles such as yoga, love frequency, physiological relaxation, mindfulness, breathing, transcendental, zen and alchemical meditation to name a few, all provide numerous benefits for human consciousness.

In our appreciation for Enlightenment, Nirvana and True Equilibrium of our individual being, it’s worth taking a closer look at how psychological wiring is highly influenced by individual thought production, and the role of both the brain and the psyche, in processing, filtering, and categorizing thoughts appropriately. This inter-twining significantly impacts our states of consciousness and contributes especially to achieving and maintaining sacred balance in our being. Thoughts are raw vibrations. When we produce beneficial thoughts, this propels the neurological, immune, cardiovascular and other bodily systems to agree and to further contribute in making these thoughts more real and manifested into real time. When we recycle thoughts stored in memory by focusing on them with the corresponding intentions, these frequencies become even more powerful. Because thoughts are energetic, individual thought patterns generally influence our eligibility in achieving certain meditational heights overtime, and our ability to resonate with neighboring frequencies amongst others. Through meditation, we get to concentrate on identifying the frequency for which we want to make more powerful. Meditation requires practice as our energetic memory records energetic addresses and readily makes them available to us, again and again, especially those energies for which we occupy most often.

According to Hussain and Bhushan (2010) “The use of meditation for healing and enlightenment is not new”. They explain in their international Journal of Psychology and Psychological Therapy, that the practice of meditation has been prevailing throughout human history among diverse cultures and is generally associated with healing, spiritual growth and enlightenment. Hussain and Bhushan, as international researchers on such subject matters, have come across some findings which lead them to believe, that when meditation was introduced to the western world by a spiritualist Yogananda in the year 1920, the very nature of scientific investigation of spiritual beliefs underwent a drastic change, although it was only in the 1960’s that psychological studies began focusing on the clinical effects of meditation on health, after consistent reports of extraordinary achievements for bodily control and altered states of consciousness by some yogis from other parts of the world, had eventually reached to the western world. Ultimately, the Brain, in and of itself, is a combination of hardware and software that is an intricate systematic functioning which depends on not just reasonable health and wellness, but the frequencies we manufacture and utilize in our lifestyles. The Brain actually relies on an individual, particularly to produce ‘good thoughts’, ‘memories’ and ‘aspirations’.

Thoughts, in the quantum sense, are really just raw frequencies which are generated and processed through the brain, then compartmentalized through the psyche. Many factors stimulate the kind of thoughts we produce, but together, the cumulative vibration of these thoughts and our ability to process them appropriately, this then forms the apex for our life experiences. Modern Psychologists conclude that as we evolve and advance as a species, our appreciation for the thoughts we generate and regenerate, will only become deeper.